Where to find us:

We aim to serve as your competent and reliable partner in business. Our staff will always welcome you with friendly, attentive service. 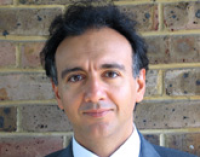 Dr Markides specialises in the management of all arrhythmias, but especially ablation for complex arrhythmias. This includes atrial fibrillation and ventricular tachycardia, as well as implantation of pacemakers, ICDs and devices for cardiac resynchronisation.

He qualified in 1992 from Imperial College, London, with distinction in all subjects and was awarded the University of London Gold Medal. He continued his training in a number of teaching centres in London, including St Mary’s, St Thomas’ and Hammersmith hospitals.

He has led the Heart Division of the Royal Brompton Hospital since 2014 as Divisional Director.

His particular area of research interest and subspecialist expertise is in individualised mapping of atrial fibrillation to guide treatment.

Dr Markides has been a writing member for the National Service Framework for CHD (Chapter 8: Arrhythmias), and for a number of years was the clinical lead for arrhythmias / devices for the Northwest London Cardiovascular and Stroke Network, before taking overall leadership for cardiovascular services for the same network. He has played an important role in the shaping and delivery of a novel model of care for arrhythmias in London.